Prehistory of InputOutput for PC

Connect the PC with the external environment has always been the center of all our projects. The “our” is to remember that it's not all about Livy. Some of collaborators (Roberto, Lello and Ennio) contribute up since Windows 95, and even before.

Starting from complex systems and with better systems and solutions, Theremino the system is today as less expensive, easy to use and flexible we could design.

What's the deal with Olivetti Theremino?
It may seem strange but probably had there not been the Olivetti today there would be neither Theremino, Neither Arduino.

The area of Ivrea has long been the Silicon Valley of Italy and all the residents of these areas have had parents and relatives to Olivetti. The Olivetti more than a factory was a great social laboratory, Electromechanical and then electronic and also a mom to all.

Olivetti was providing the propellant with libraries, gifts to employees and various types of aid. We say that the “take home some component” and also the “maroccare” (do personal projects at work and working hours) were, If not exactly inspired, certainly not very controlled. This led to the development of thousands of small workshops, personal projects, inventions, small factories and a generation of skilled technicians and loyal.

And then there were recoveries Olivetti, a large shed where it could come in with 100 lira and dating a little’ transistors. The keeper was also very generous and if he saw a small boy 15 years (as I was then) was able to get it out with a bag of exaggerated components, so much so that it became difficult to get her out on bike. It began with radios spy and psychedelic lights and inevitably ended up working in some way for electronics and ultimately for the good of Olivetti itself. 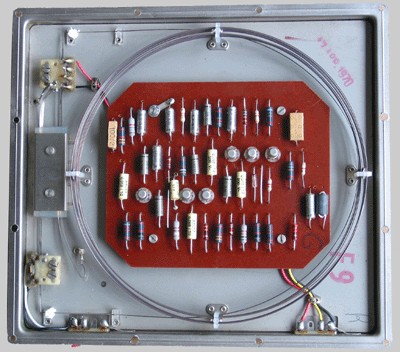 This is an example of what you could do to “Olivetti Recoveries”, a wire rope hoist ram P101. There I was for my first digital storage oscilloscope. For information about P101 see videos on YouTube, for example the following: Video1, Video2, Video3.

Lighting for discos and theatres

In the years 80 We used to do lighting for discos and for RAI. The first systems used a Z80 processor to 4 MHz (in 1982), the last one ARM Risc who traveled to stratospheric ben clock speed 40 MHz (almost a dime of current computers and no math coprocessor).

MCP system worked many years for the program “Fantastic” at the teatro delle vittorie in Rome and even today, After thirty years of work, some disco systems are still in operation.

But nobody thinks that we are enriched, I've never inventors those who make money. 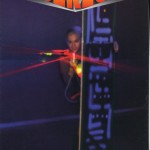 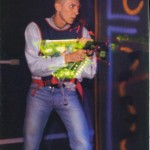 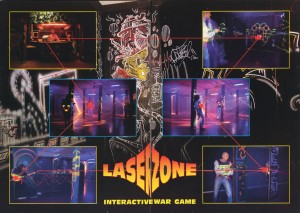 In the system identification through digital data were firing guns LaserZone laser beam. Communications between the jackets (with microcontroller 80C31) and the central computer, occurred via a network similar to WiFi, made for them (commercial WiFi came only 6 years later, in 1999)

No phone calls to S.P.E. M. by Guido Masoero, no longer exists for decades. Many thanks Guido for working with us for many years in projects MCP, Laserzone, TurboPcb, FastMandel, Leonardo and many others. To see what happens now Guido Click here. 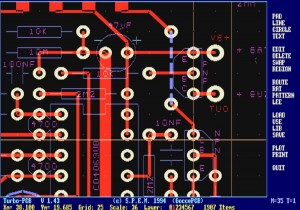 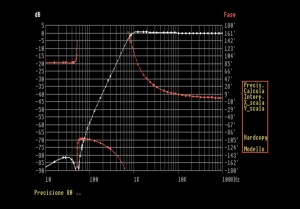 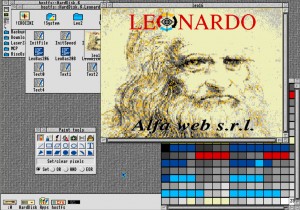 Leonardo systems to register large colors offset printing presses. Using a camera, a RISC computer and large motors brushless, the Leonardo system regulated the colours in the running, without stopping the press. 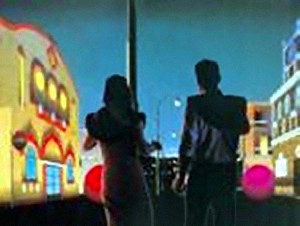 Installation “General Intellect” by Piero Gilardi. A multiethnic urban environment that would immerse visitors with three-dimensional projection techniques. The 3D engine was made especially in C++, to represent this particular virtual world. The buildings of Piero, painted polystyrene, they were photographed and transformed into a 3D environment. Visitor localization was done with GPS techniques but you used ultrasound instead of radio waves. With this technique the visitor location could be defined in a few millimeters and they could explore the world walking. In This video (per minute 15:48 that YouTube should open but he doesn't because that's advertising is becoming crap) you see some special virtual city, You can see only part but we didn't find the best footage. 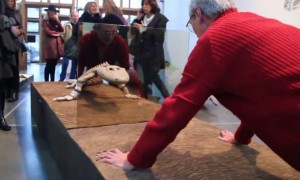 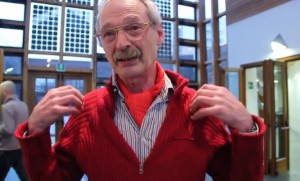 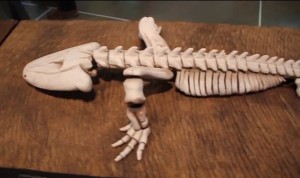 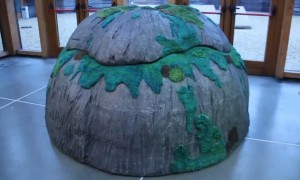 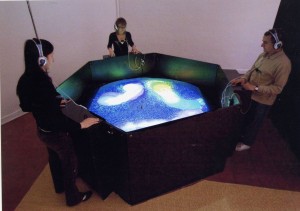 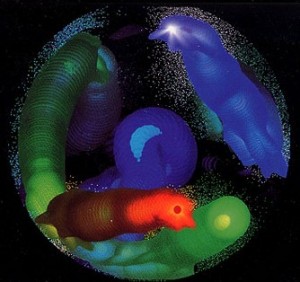 Many of the techniques of Theremino system have been invented to follow the demands of these installations. The fish fossil Tiktaalik moves with a brushless servo motor, and copy the location of a human, with an ancestor of Capsensor. In ConnectedES participants were hypnotised by synchronizing their breaths and heartbeat with an image button inside of a well. The image, the sounds and the biometric Output Input, they were managed by a PC in the crankcase. The Underground dome was covered by a network of microprocessors PIC and a huge number of LEDs and photodiodes. A second network, fiber optic, She wore bright information even a WebCam. They entered the dark cave with a flashlight and torch light created gems 3D buttons and ambient sounds. 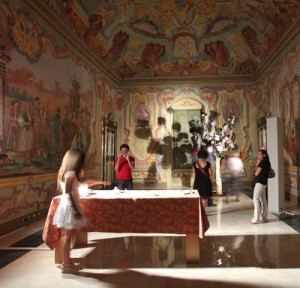 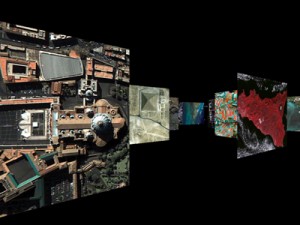 A large number of art installations of Ennio Bertrand have served to hone basic multimedia techniques.

This list is incomplete, includes only the most significant media aspect installations. In This page you will find information on installations that do not have the link to a video.

(Note 1) Technically the ippopografo is not a multimedia work. In 1974 There were no usable computer, only gizmos such as a room, then Ennio had to fend for themselves to do the calculations with cams and gears. 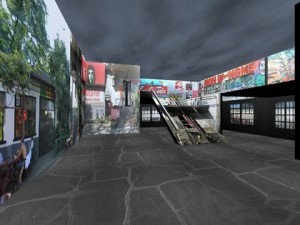 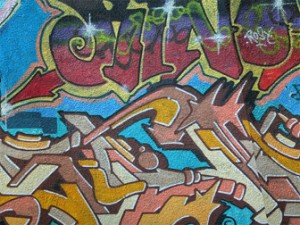 LioFor30 by Ennio Bertrand. Based on one of our first 3D engines (Spray), written for the anniversary of 30 years of Leoncavallo SPA (Self-managed Public Space) di Milano. One of LioFor30 's intent was to somehow keep the graffiti and the soul of the Center, in anticipation of natural disasters (Police)

FastVR – An editor for 3D environments, Unfortunately still in VB6, probably we will never have the time to finish bringing in DotNet and Add Bullet physics. If someone did that would be great. 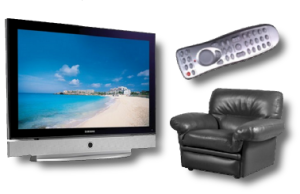 Freetw – This WEB television project is finished in thin air, or at least it's frozen, because the WEB, in spite of predictions, continues to be too slow. (probably the only person I am and don't use it via the WEB but to see the digital terrestrial and satellite)

The FreeTW's experience was a great exercise to learn about DotNet, even today after many years, FreeTW sources are a mine of useful examples. Many of the features developed for system applications have been transplanted FreeTW Theremino. 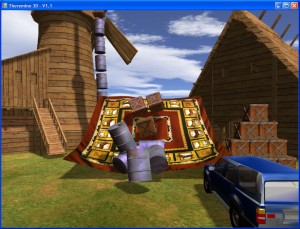 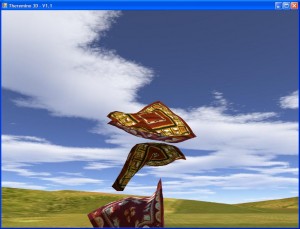 BulletWrapper – An exercise in extreme 3D, thousands of moving objects with collisions and shadow. A kind of Second Life but with real physics calculations, gravity, simulated Bullet physics engine friction and elasticity (open source). BulletWrapper is getting Theremino3D, the base that will allow the system Theremino also use virtual reality.

Born Theremino the system with a new vision, publicize all knowledge and accumulated experiences. The principle is as follows: We didn't become rich in the past and we will not in the future, but important things are more. So that everything is free and in common, for all.

Because I write always in plural? Why am I (Livio) write here all the time, but I don't want to take all the credit. Half of the collaborators take part in this adventure, from the years 80. And others are with us for many years.