In the past years, We paid much attention to the radioactivity in the environment and food. Then we found out that there is not too much to worry about (except for those who live near accidents like Chernobyl and Fukushima). Later we found out the Radon, It is very common, in the places where we live, and certainly more dangerous. But lately, We noticed that there is also a third pollutant. La common dust. He speaks very little, but it may have even worse health effects of Radon.

The “powders” are divided by size, from the smallest “fine particles” (from 0.1 to 2.5 UM), until middle school (from 2.5 to 10 UM), up to large (from 10 to 30 UM), What are the dots visible to the naked eye in sunbeams. Depending on the size, the biological effects are very different. Large particles stop in the nose, and are dropped easily. The averages they stop in the bronchi, and foster tossi, bronchitis and allergies. But the worst are the “fine particles” that, reaching deep into the lungs, accumulate throughout life, and can cause serious diseases.

Fine particles are spreading also in blood and circulation, cause damage to the nervous system (irritability, depression, insomnia, headache, etc…), and increase general health issues (especially in the most vulnerable, such as children and the elderly). Causing finally, a higher incidence of cardiovascular disease, respiratory diseases, and tumors.

We initially designed a sensor to be built with 3D printers. But later we spotted SHARP sensors, that cost less than what you would spend to influence people.

The sensor SHARP GP2Y1010AU0F is mechanically and optically well built, but it is missing some basic components for its operation. If it is completed with our adapter, It is possible to detect, and count one by one, even the dust spots medium small. Those extremely small, You can't count, raise the basic level and counts all together as fine particles. A really cool operation. Even those who have designed, I have never seen him go so well.

The first version had an error in the schema to which the sample hold did not work well and the fall time was very long, almost a second. We apologize to those who have already built the first version.

This second version is well tested and even easier to build than the previous. The sample-hold works as designed and ’ rise and fall times are in the order of tens of milliseconds.. Wanting to further shorten them just reduce C3 and take it from 100 NF 10 nF. This change entails a slight voltage drift in ten milliseconds to hold, but up and down times to no more than 10 milliseconds.

For now there ’ is a specific software, but the output pulses are clearly visible, even with only HAL. And it's also easy to measure and count them with a few lines of software. Soon we will complete the software to select them in width and divide them into Bins. 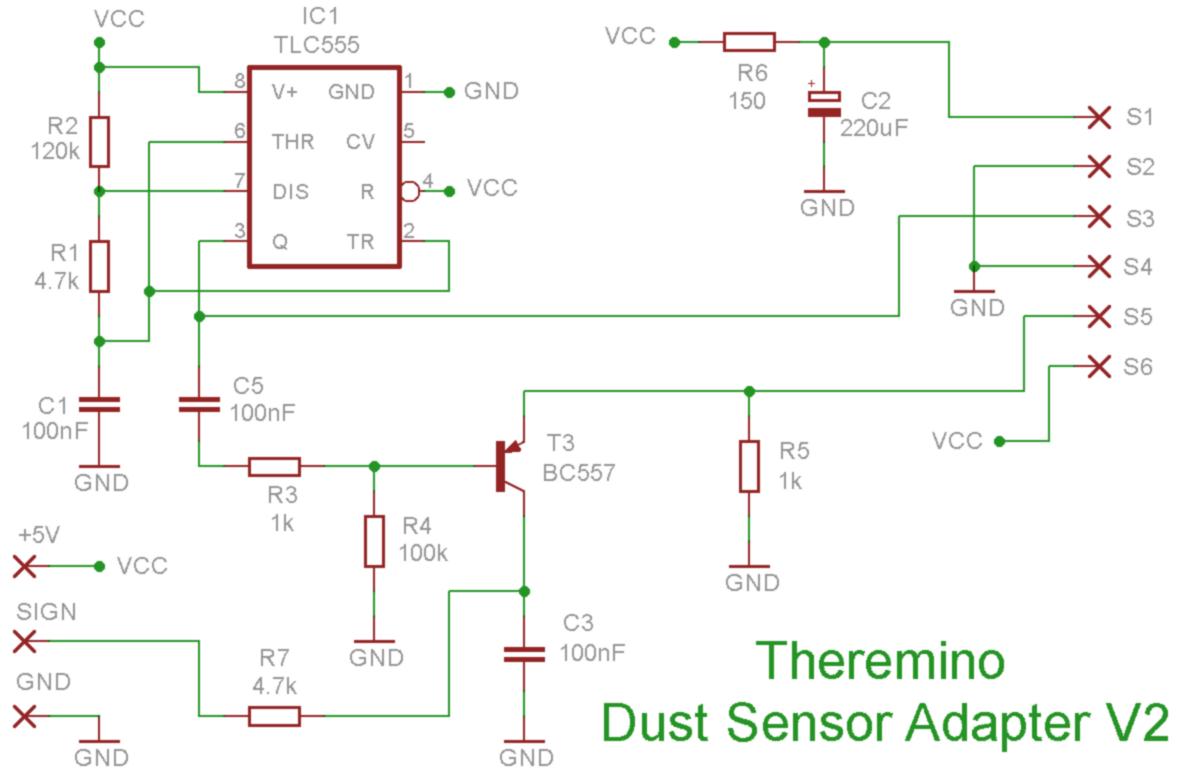 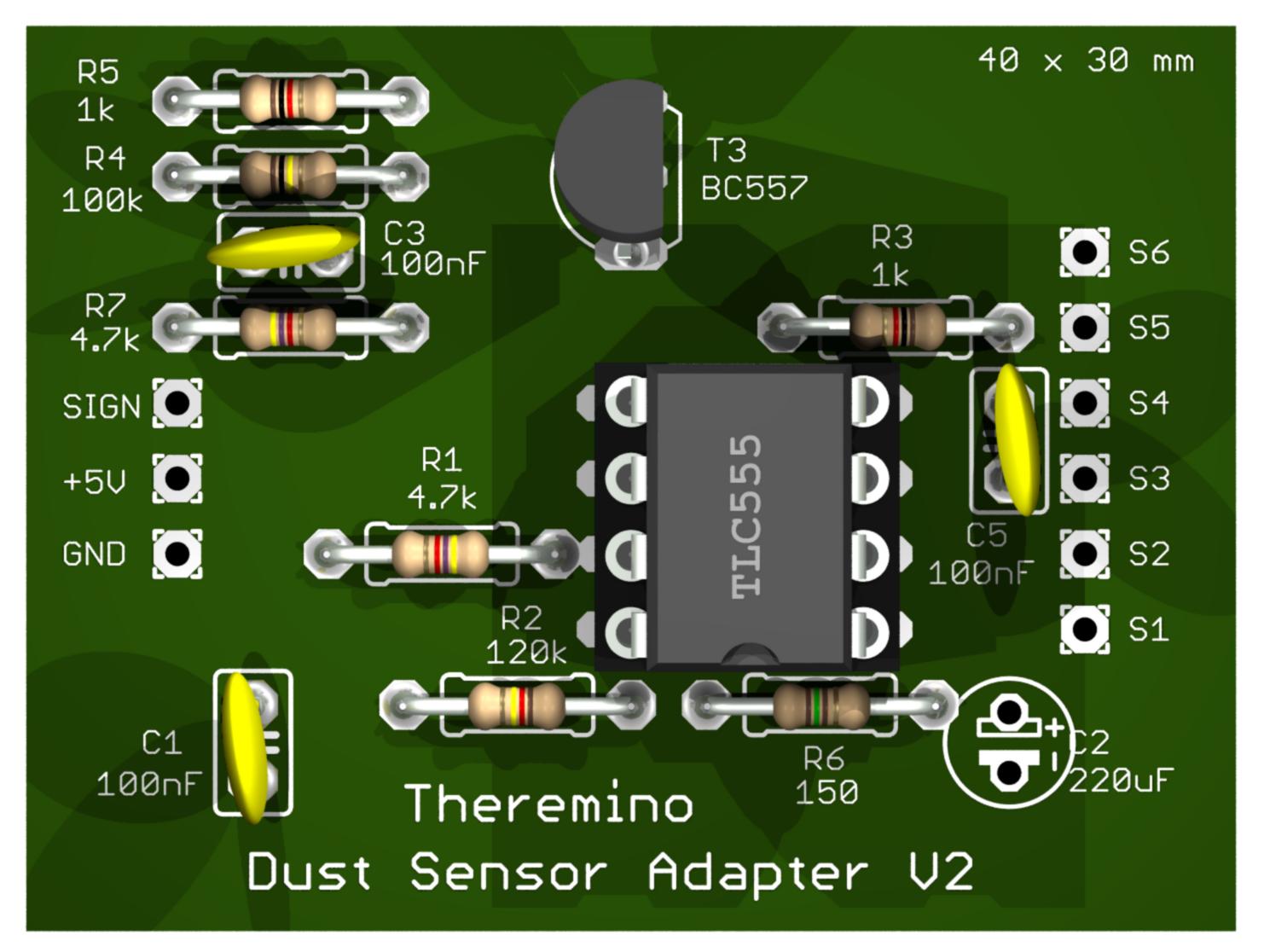 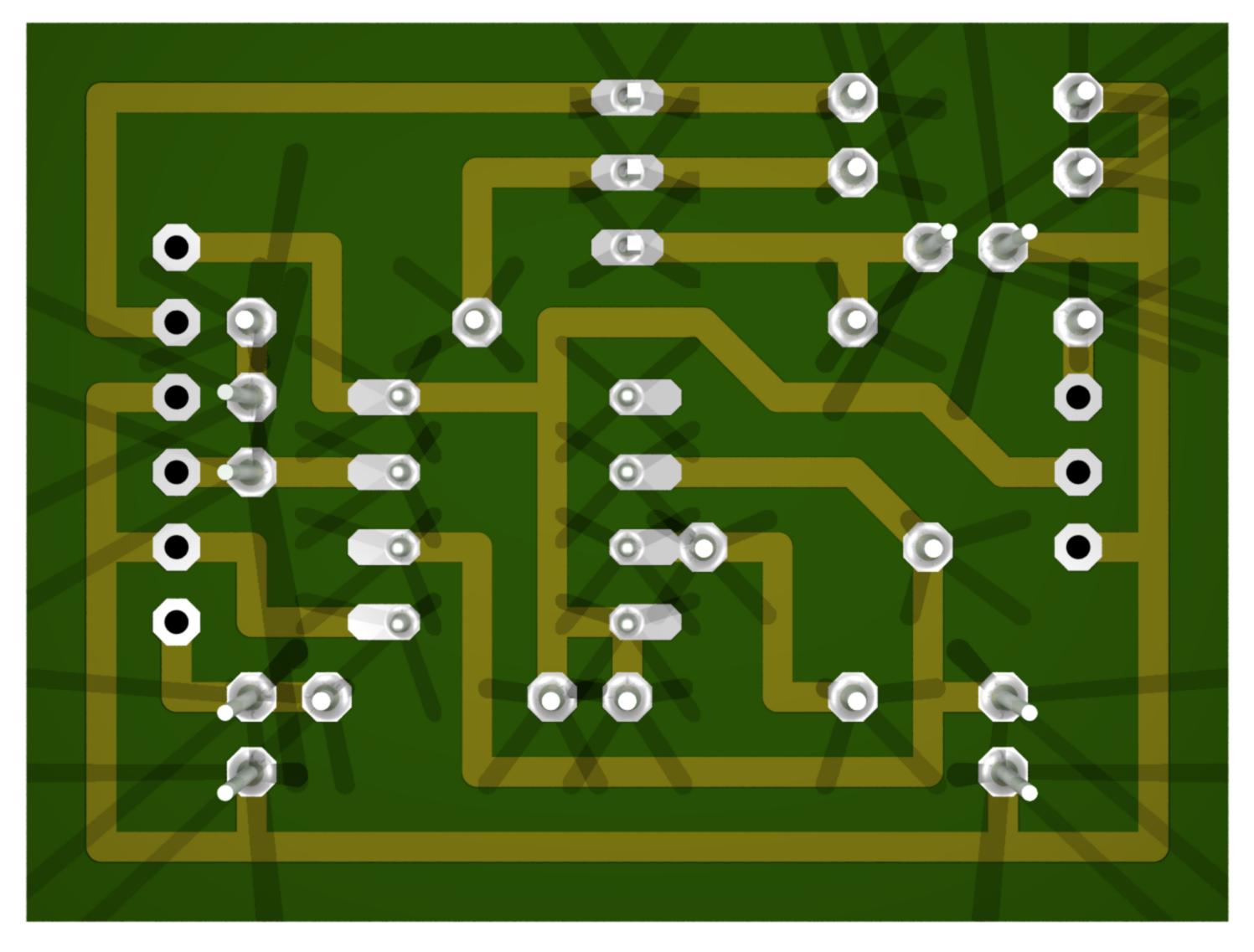 L ’ release of this adapter (SIG/+ 5V/GND) must be connected to a Pin configured as Adc16. The sensor SHARP's complemented with a small fan, to pass the ’ air out of the hole at a constant speed. We recommend using a small fan to keep air flow very slow. Instead of BC557 PNP transistor is fine any other small. The capacitor C2 from 220 UF is a electrolytic from at least 6 Volts and, Of course, with the negative ground. 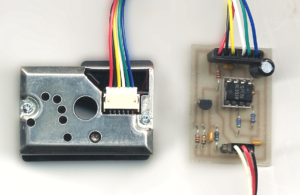 This image shows the connections between the “DustSensor Adapter” and the sensor SHARP. Click on image to enlarge and see colors well.

Download
Download the complete project, that includes the Eagle PCB, 3D images, the GCode for fresarlo and PSpice simulations:
https://www.theremino.com/wp-content/uploads/files/Adapter_SharpDustSensor_V2.zip

Sharp GP2Y1010AU0F optical sensor is used for air quality monitoring applications: is sensitive to dust particles and is able to detect very fine dust such as those issued by smoking a cigarette. 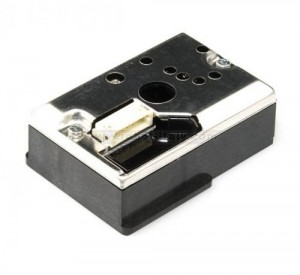 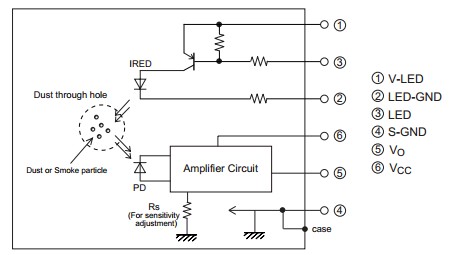 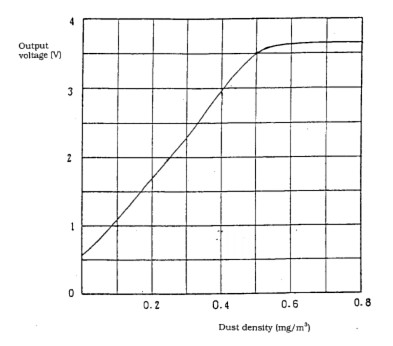 Graph of the output voltage, compared to the total density of powder. This chart shows what you would get if you use the sensor as expected from SHARP. Instead the output signal from our adapter is not a voltage variable like this, but different impulses amplitude, Depending on the size of individual grains.