The “Mission” of the Theremino System 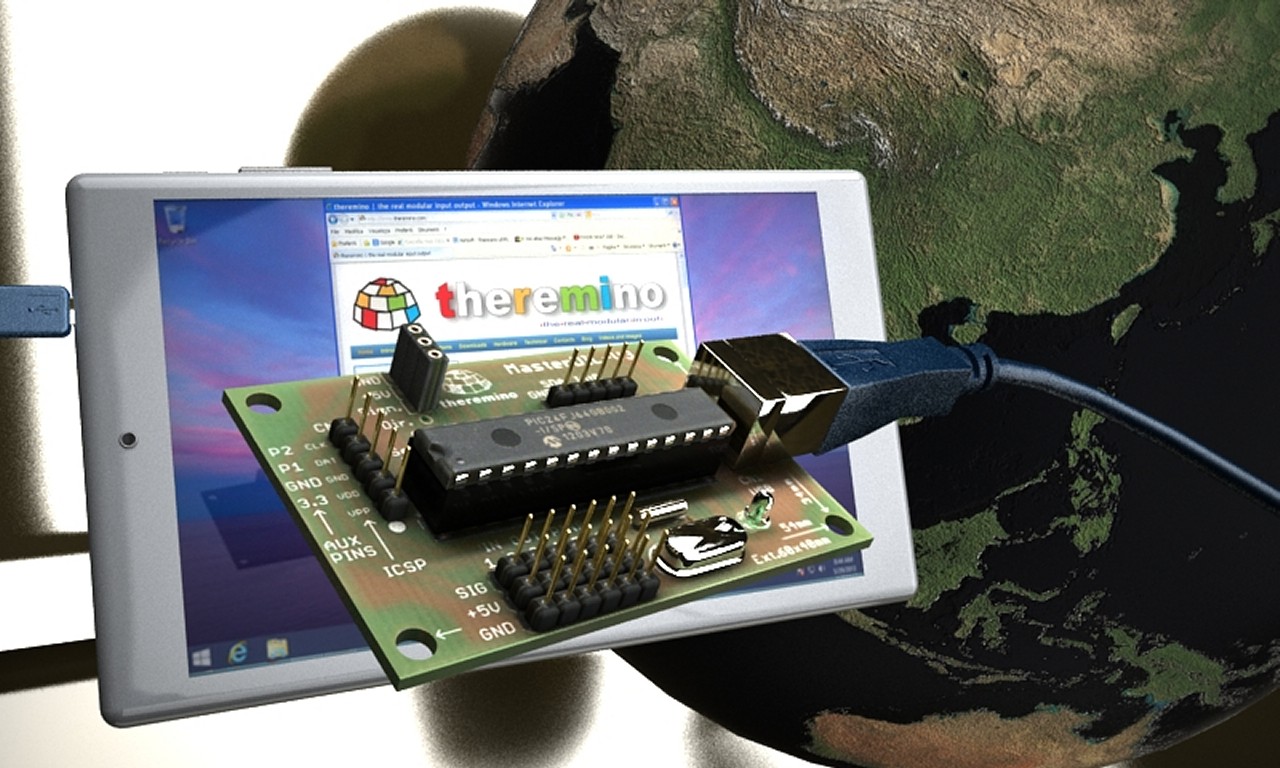 Theremino is a cross, between Arduino and the LEGO and is aimed primarily at people, that are not electronic technicians and programmers. We tend to forget it technicians, but the people who care about other, they are something like the 90% of the world's population.

The “Mission” System Theremino is therefore: “Join the digital world with the real and concrete world. With simple and easily reproducible technologies. And with the maximum respect for the environment and all living things“

Which is the road that we are experiencing?

The PCs facilitate operations, that in the past required expensive cars and expertise. This democratization of knowledge, is spreading in every field, between music and images, to the video… But when it comes to connect to hardware, everything gets complicated. Most popular systems (Arduino and Lego), any operation must be programmed in the firmware. And to schedule need specialist knowledge. For which, instead of doing a thermostat (the original idea), It ends up as makeshift programmers (and the thermostat is never finished).

But computers can, sooner or later, communicate easily with the outside? With “easily” Here is meant: “without redesigning the entire InOut, for each new task“

In our opinion, This was supposed to happen, already in the 80 and 90, but there was “something” that prevented. Measure a temperature, turn on an led, or move a motor are very simple operations, so anyone should be able to easily connect these devices. How is it possible that everything has evolved so much, but that these operations continue to make like thirty years ago, When you combine parallel threads to, and then he wrote the software to make them work? 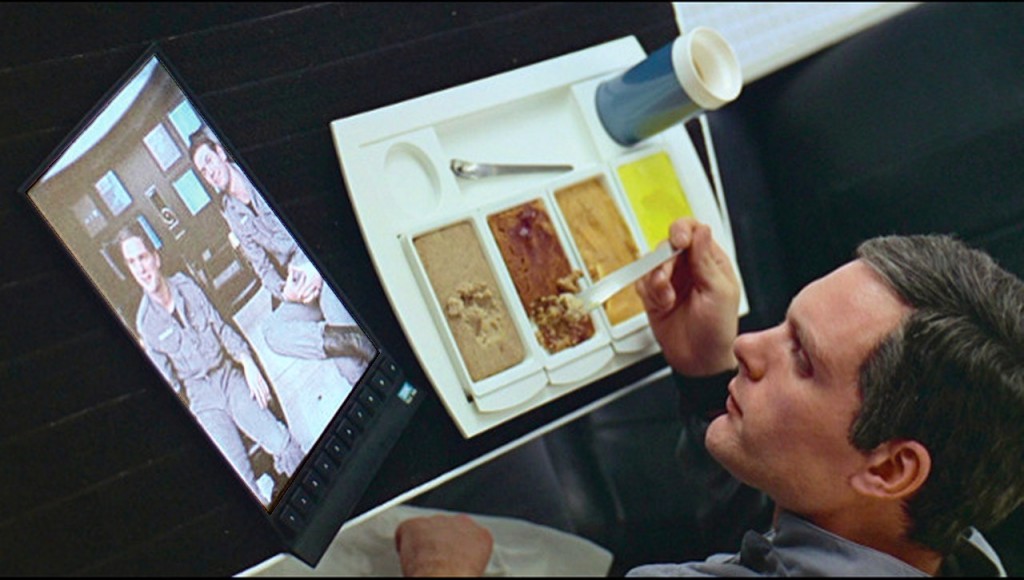 All the technology we use today (Tablet, mobile phones, GPS and iPad including), was already present in the books by Laura C. Clarke (inventor and science fiction writer), When the founders of the Internet, Microsoft, Apple and Google still played with toy cars, or weren't even born. How come, in almost 100 years, There was no evolution, basic principles of InOut? What was, to make it so hard, the design of every new device of InOut?

To write there are the keys, to move there are mice, to see there are webcams, but to turn on an led or read a voltage? And’ true there are scopes (300 Euro) and testers can be connected with your computer (150 Euro), but I'd read three voltage, What do I do? Connect three meters to the USB? No, you need an Arduino, OK done, bought, and now what do I do? And here begins the long road that turns you into makeshift programmer, and it will make you completely forget the original idea (read three voltages). And finally, the frustration, in realising that programming is harder than expected.

The Theremino has its difficulties. But we did our best to simplify it. And many now can build appliances, they never thought, You can do yourself.

What prevented the evolution of IN-OUT ?

According to our vision, the mistake was to extend too much the way of thinking digital. Any living being does this. The selection and evolution have shown, unequivocally, What is the way forward.

The path chosen by evolution, primarily for the sensors and the muscles (but not only), is 100% approximate analogue and. Neurons whisper or shout their output signal and don't care, If subsequent neurons, have received the message. Everything is totally asynchronous, you write “When it happens” and it reads “carabbas”. In living things, all messages are “little” or “so much”, with repetitions of no more than 10 .. 100 exchanges per second (alpha brain waves to those range). And no one can say that biological systems are working badly, Indeed!

We are experiencing, a different way to communicate, between hardware and software modules, and even between the same software, residing on separate applications.

The only way to communicate, in system Theremino, are the values, We say "analog", swinging through the communication SLOT. Slots are a kind of mail boxes. Reading and writing are always asynchronous slots. And slots contain only predigested as much as values, values indicating “little” or “so much”, or tensions, mm, corners or whatever we please agree that they are. 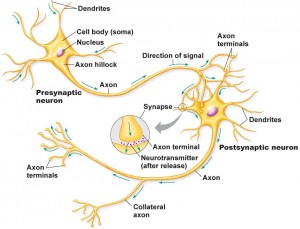 Examples of asynchronous communication and approximate. According to the current rules of software design, These systems should malfunction.

The numbers that are written and read in slots, are the communication between applications and are similar to AXION potential, that neurons are exchanged between them. All strictly asynchronous and non-deterministic. These are the principles to be used for the Input Output. Selection and evolution have proven.

Even computers evolve in this direction. In the past the computers went out in batches. For example, workers ' wages were calculated with punch cards, not one at a time, but all together. Finally, After ruminated for days, the big car printed all final figures, on one very long sheet. 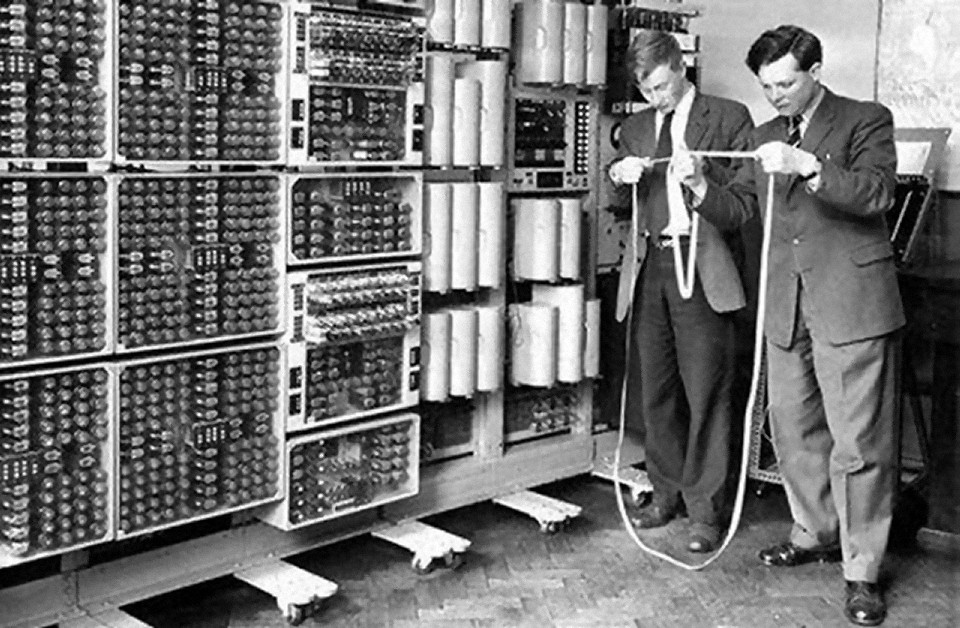 In those days it seemed impossible to work otherwise computers. But everything is shifting more and more, from "pre-calculated”, with absolute precision, the "real time analog”, approximate and variable precision.

But you lose accuracy !

Yes, the absolute determinism is no more. But that's the psychological step that needs to be done. And’ quite the uncritical imposition, of an absolute determinism digital, that is preventing computers to evolve and to do those simple steps, that living things, do so easily.

Designing a system, should coordinate accuracy, of all the subsystems. You should not program blindly, without taking into account, that the mechanics of InOut, It is not software. Today it is thought that the software should always be deterministic and synchronous always subsystems with each other. But designing some parts of a system, unnecessary performance, is a design mistake. You won't get a better design, but only an unbalanced project, difficult to achieve, more expensive and even more polluting. Henry Ford demonstrated, about a century ago.

However the loss of precision that we propose is relevant, and adaptable depending on the case. Analog values, underpinning the communication thereminica, are numbers “floating point”, enhance accuracy unthinkable, organic beings. A “float” can specify the thousandths of a millimeter, over distances of tens of kilometres. 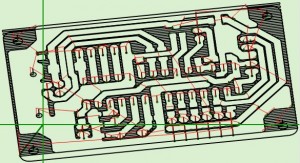 You can then get working, with high precision in pleasure, even with asynchronous methods and non-deterministic.

The humane way to see nature is too schematic, too absolutist, too human. We are just stupid and stubborn monkeys who think they know everything and we don't realize that nature is far more complex than what we think. Indeed in some ways the monkeys are better than us because they have the arrogance to have all truths in your Pocket. 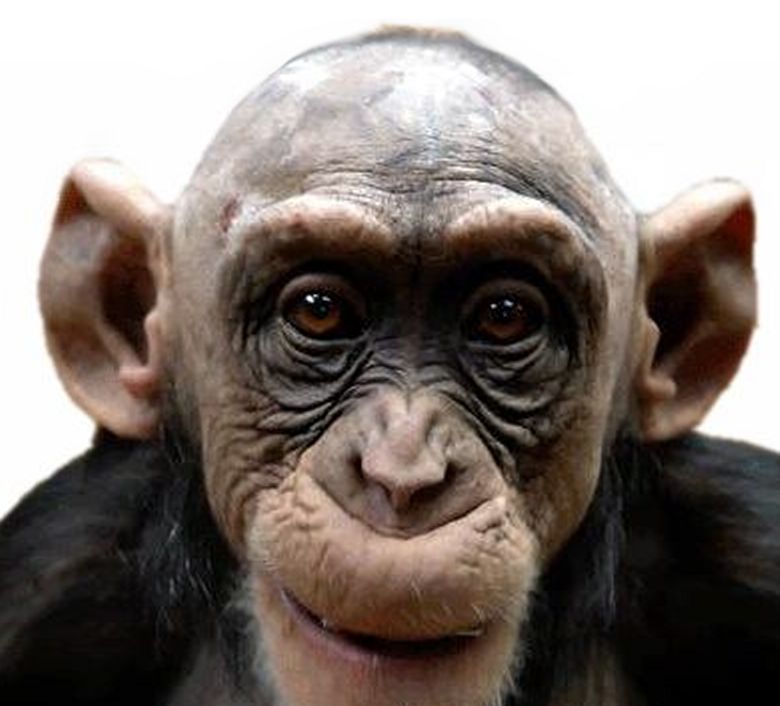 The “classic science” taught in schools pose an exaggerated confidence in mathematical formulas strictly deterministic. This kind of thinking culminated in the late nineteenth century, a century dominated by the naïve belief of being able to describe, predict and then harness each aspect of reality.

In the early twentieth century, physicists had a clash with the reality and were forced out of the mechanistic view. But even today, After over a hundred years, most of our thoughts still lives in a pre-relativistic.

And this is without a doubt guilty of school that teaches with stubborn arrogance methods and formulas of the program, as if they were unique and immutable laws of nature. This arrogance does not refer to individual professors, some of them modest and reasonable, but to the school as an organization programmed for “inculcating knowledge”, rather than waiting for them to be required.

What is lacking in the school, as well as modesty, is the perspective. I.e. inform the kids that what you are teaching is just one among the many possible patterns. And that there is no proper teaching, that excludes all other, but they can coexist on different models, different formulas and different methods. Some of them more useful or less useful depending on the ’ the framework in which they operate, but no one totally wrong or put to the stake.

Let's take a simple example. To calculate dissipation are taught to measure voltage and current, and then use the formula watt = volt per ampere. But you should also teach that this formula is only an extreme simplification of reality. And you should also support the research of methods that could be better suited to some views and not suppress them as heresies. Because it is the active search for alternatives that generates progress.

An engineer might not measure voltage and current but invent on the spot a method suitable for a particular case, for example to measure a temperature difference or its variation over time and then calculate the dissipation through formulas involving the thermal constant or tables by himself created. While a physicist might find more useful to take into account the subatomic properties of matter. None of these methods is “the right one” and no one, not even the most abstruse or esoteric, is totally wrong. These are just different points of view that describe in a partial and limited way a reality that is always extremely more complex than all our formulas.

L ’ only thing that matters is to use methods that result in the outcome reliably, with the required accuracy and with the means available. We're not dealing with the immutable laws of nature but only with branches of our trees and our limited mental capacity by monkeys just a little’ evolute. And it is only our boundless immodesty to make us believe to be something more than a dot between two eternity named before and after.

Allow the coexistence of different perspectives, contrasting, It helps to see some spark of “total reality” to us it's just monkeys. This is not the case if we are blinded by arrogance and the illusion of having already in my pocket all the best methods and final formulas.

Werner Heisenberg summed all this with less than twenty words:
«Physics is not a representation of reality, but the way we think of it»

The implications psychological care and metaphysics This sentence goes well beyond physics. If fully understood our vision of the world would change and also the time and death would assume different appearances, less inhuman and therefore also less scary.

For those wishing to deepen these topics we recommend The Tao of physics, which is also download from here in PDF format.

After this long premise here is finally the “Nondeterministic programming”. 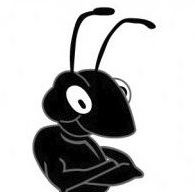 Even the way we program computers reflects the strict determinism of our way of thinking. In order to have proof just look at what they can do simple organisms like an Ant or even simple unicellular beings. Just look at their fluidly moving and put it in comparison with the clumsy repetitive of our hardware and more sophisticated chili.

Theremino the system is just one example. We designated a street and tried to do a few steps in that direction.

Why build computers, InOut software and devices?
And why study, experiment and invent?
Wouldn't it be better to throw everything, sunbathing and scratching?

The answer is in this video: Why be surprised ?
(very important to watch it until the end, If it is too long jump to the final)

And it wouldn't hurt to watch the other videos at link4universe:
https://www.youtube.com/user/Link4Universe

And even this wonderful review of the film 2001 – A space Odyssey
https://www.youtube.com/watch?v=s2n5IpuZg7I