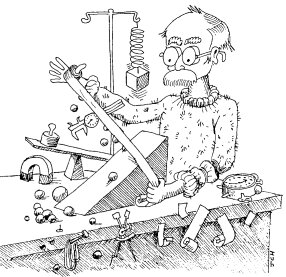 This is the most suitable to write blog posts that cover research and scientific instruments. Of course we always talk of accomplishments by Maker, on a budget. Although, in some cases, touching topics of great science, and with good results.